Can You Listen To Music On Apple Watch Without Headphones?

The 1st generation Apple Watch was released in 2015, and only five years later it was estimated that over 100 million people were using the device. The functionality, versatility, and convenience of Apple Watches have led to their unprecedented success.

The 1st generation Apple Watch was released in 2015, and only five years later it was estimated that over 100 million people were using the device. The functionality, versatility, and convenience of Apple Watches have led to their unprecedented success.

Can you listen to music on Apple Watch without headphones?

Thanks to the Apple Watch having an inbuilt speaker, it is possible to listen to music, podcasts, audiobooks, and any other form of audio without requiring headphones or earbuds. However, the speaker is limited in its capabilities.

The best way to enjoy audio with an Apple Watch is by connecting headphones, earbuds, or an external speaker to the device.

The Apple Watch uses Bluetooth to form a connection with speakers and headphones, and then the audio can be controlled using the watch’s many features.

If you don’t have any headphones or a Bluetooth speaker to connect to, keep reading this guide to find out how you can listen to music exclusively from the Apple Watch.

Does the Apple Watch Have a Speaker?

In the short time that they’ve been in production, Apple Watches have quickly become one of the most popular smartwatch devices on the market. They boast a wide range of capabilities related to fitness, productivity, connecting with other people, and more.

The Apple Watch has a built-in speaker, along with a microphone.

These components are used for interacting with Siri, and for making voice calls. Due to the compact size of Apple Watches, the onboard speaker is very small and therefore doesn’t produce high volumes.

Compared to other Apple devices like the iPhone or iPad, the Apple Watch has a less powerful speaker installed. This is because the aforementioned devices can be used to output music and other audio, while the Apple Watch only uses the speaker for making calls or Siri interactions.

Many Apple Watch users are left frustrated by the fact that the device’s speaker cannot be used to play music, podcasts, or other audio. For such a small speaker, it produces impressively clear audio when it is used to make calls or to operate Siri.

Nevertheless, there are other ways that Apple Watch users can use the device for audio playback, which we will discuss in detail later in this guide.

Additionally, Apple Watch users can benefit from all of the capabilities of Siri thanks to the onboard microphone and speaker combination.

Despite these benefits, many users feel that the speaker should also be able to play music and other audio out loud so that they can listen without requiring any external devices.

Ultimately, the reason that Apple hasn’t made this possible is due to quality control. The small size of the speaker means that it can’t produce high volumes and that many of the low-end frequencies of a song would be compromised.

The Apple Watch is predominantly a tool for productivity and connection, so, understandably, Apple hasn’t focused too much of its attention on making it possible to play music through the onboard speaker. 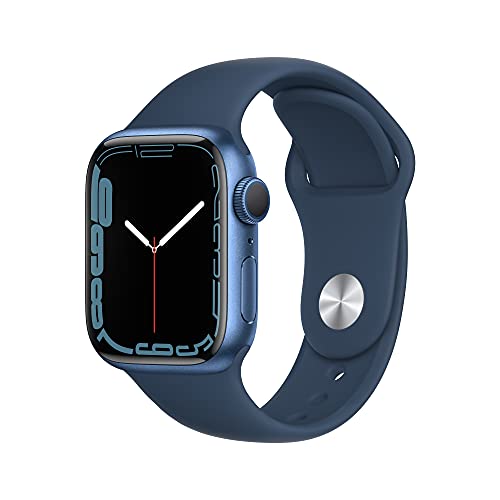 This is slightly frustrating, however, because many users have complimented the quality of the audio that comes through the speaker when they are making voice calls on their Apple Watch.

Despite the impressive audio quality, it cannot be denied that the Apple Watch speaker is limited in terms of maximum volume. This is likely to be a main contributing factor to why Apple has not made it possible for music to be played through the onboard speaker.

To hear the music clearly, the user would likely need to hold the watch close to their ear, which isn’t ideal.

Thankfully, there is a practical and easy solution that will allow you to listen to audio with your Apple Watch without using headphones, which we’ll cover in the following section.

How to Get Apple Watches To Play Out Loud

Now that we’ve established that Apple Watches are incapable of playing audio out loud through their inbuilt speakers unless it is for voice calls and using Siri, it’s time to look at some other ways that this can be achieved.

Other than the fact that the Apple Watch is incapable of playing music and other audio out loud, it has the same connectivity options as any other Apple device.

The Apple Watch is equipped with Bluetooth connectivity. This facilitates the wireless connection to external Bluetooth devices, such as headphones, earbuds, and speakers.

Unlike iPhones and iPads, the Apple Watch has no headphone jack for wired connections, so Bluetooth is the only option.

Thankfully, connecting your Apple Watch to a Bluetooth playback device is very straightforward. I’ll explain it using a Bluetooth speaker as an example, but you can follow these steps for headphones or earbuds too.

The first thing you need to do is ensure that your Bluetooth speaker is in pairing mode.

Most speakers have a button, sometimes with the Bluetooth logo on, which when pressed causes light to begin flashing. This indicates that the speaker is ready to be paired to another device.

Once the speaker is in pairing mode, you’ll need to open the Settings menu on your Apple watch. You can also access this menu by simply instructing Siri to open it using the onboard microphone.

After opening the Settings menu on your Apple Watch, you then need to maneuver the ‘Digital Crown’ control until you see Bluetooth appear. Select the Bluetooth tab, and then wait for the list of devices to refresh. You should then see your Bluetooth speaker appear in the list of nearby devices.

Finally, simply select the Bluetooth speaker from the list of devices, and wait for a few seconds. The Apple Watch should now be successfully connected to your speaker, and it will output any audio that is played from the watch.

You can connect your Apple Watch to any audio playback device that is compatible with wireless Bluetooth connectivity using the above instructions.

Not only does it work for Bluetooth speakers, but you can also play music through a car stereo system, or any variety of Bluetooth headphones.

Does the Apple Watch have a Microphone?

To facilitate voice calls and Siri operation, the Apple Watch has a small inbuilt microphone.

This microphone is similar in design to those used in smartphones. Due to the small size of the Apple Watch, the microphone and speaker that are installed in it must also be compact. This limits their capabilities compared to larger mics.

The microphone is located on the right side of the Apple Watch on the most recent models.

When voice calls are made using the Apple Watch, the user speaks directly into the onboard microphone so that the other alley can hear them.

Likewise, when using the Siri operation, the user can simply say “Hey Siri”, then give their command. The inbuilt microphone uses speech recognition to carry out the necessary action.

Unfortunately, the inbuilt microphone on the Apple Watch cannot be used for voice recordings.

This feature is included on other Apple devices like the iPhone or iPad, but the small size of the microphone and the lack of a compressor means it is not possible on the Apple Watch.

It would be unsurprising if Apple made future models of the Apple Watch capable of both playing music without headphones, and recording voice memos. However, they have not released a version that is capable of this to date.

In the table below, you can see a comparison of the Apple Watch models released so far.

Can I wear my Apple Watch in the shower?

All Apple Watches after Series 2 can handle water exposure, and therefore should be able to survive being worn in the shower. However, it is advised to avoid doing this regularly as it may eventually lead to damage.

Can you wear your Apple Watch while sleeping?

The Apple Watch is equipped with a sleep tracking feature that monitors the quality of your sleep. It is completely safe to wear while sleeping and can provide you with valuable insights when you awake.

Can Apple Watch batteries be replaced?

Like other Apple devices, the battery in the Apple Watch can be replaced if it becomes faulty. it is advised that this is done by a professional at an Apple Store. What Are The Best Cloudlifter Alternatives?